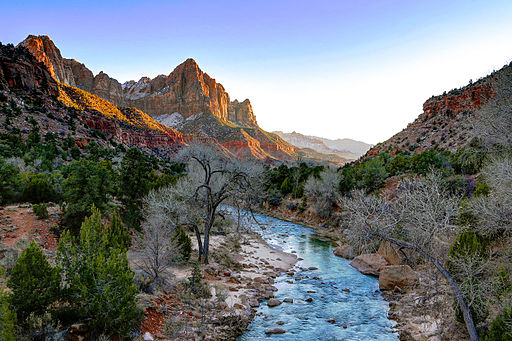 Rachel Panitch has joined forces with Linda Chase and myself to present the first-ever concert of music by members of the Landscape Music Composers Network!

New Music of Our National Parks will feature new chamber music inspired by National Parks. Several of these works emerged from Rachel’s residency at Zion National Park, which she discussed with me at length in an interview for Landscape Music, as well as Linda’s residency at Grand Canyon. My own piece, Dai-Shizen (Great Nature), is a reflection on the Yosemite-inspired artworks of Chiura Obata and how he carried this inspiration with him to the internment camp where he was imprisoned during World War II.

The program will be performed by Boston-based string quartet, Cardamom Quartet, vibraphone and violins trio Thread Ensemble, vocalist Burcu Gulec, and the flute and guitar duo of Alicia Mielke and Devin Ulibarri, and presented as part of the monthly Advent Library Concert Series in the heart of historic Beacon Hill, Boston.

Stay tuned for more in-depth coverage of this event on this website, including explorations of the pieces featured on this exciting program. Read the full press release.

This site uses Akismet to reduce spam. Learn how your comment data is processed.